Tall herbaceous perennial with bamboo like stems. Often grows into dense thickets.
Characteristic leaves and stems, persistence of last year’s dead canes and distinctive
rhizome (underground root-like stems) enables year round identification.
Introduced in the early 19th century as an ornamental plant. Now common and widespread
across the UK. Spreads rapidly in the wild by natural means and as a result of
spread by humans. Spread is solely by vegetative means, either fragments of rhizome or
stem. Does not produce seed in the UK. Negative impacts include outcompeting native
flora, contributing to river bank erosion and increasing the likelihood of flooding. Can
also cause significant delays and cost to development as well as structural damage (it
can grow through asphalt and some other surfaces).

Japanese Knotweed is listed under Schedule 9 to the Wildlife and Countryside Act 1981
with respect to England, Wales and Scotland. As such it is an offence to plant of otherwise
cause Japanese knotweed to grow in the wild. Under the Environmental Protection
Act 1990, Japanese Knotweed is classified as controlled waste.

Sampling on our stretch of the river Severn in 2012 identified Japanese Knotweed in the locations marked by yellow dots, below. 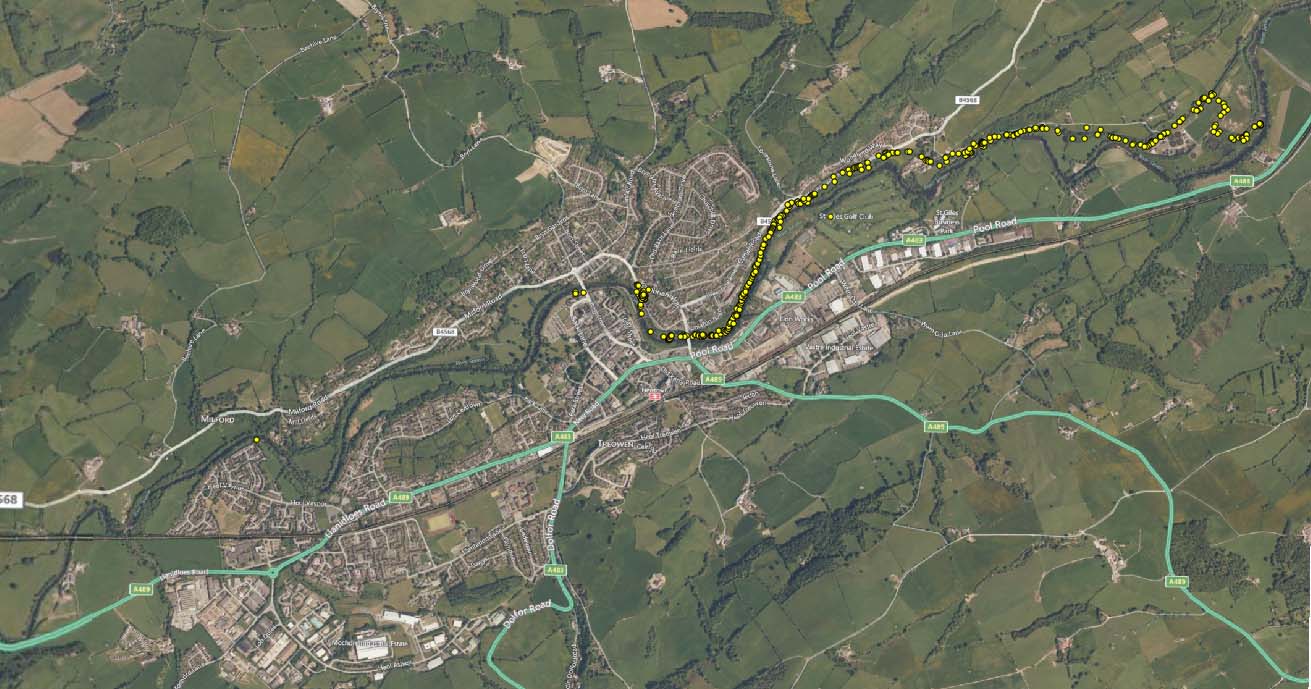